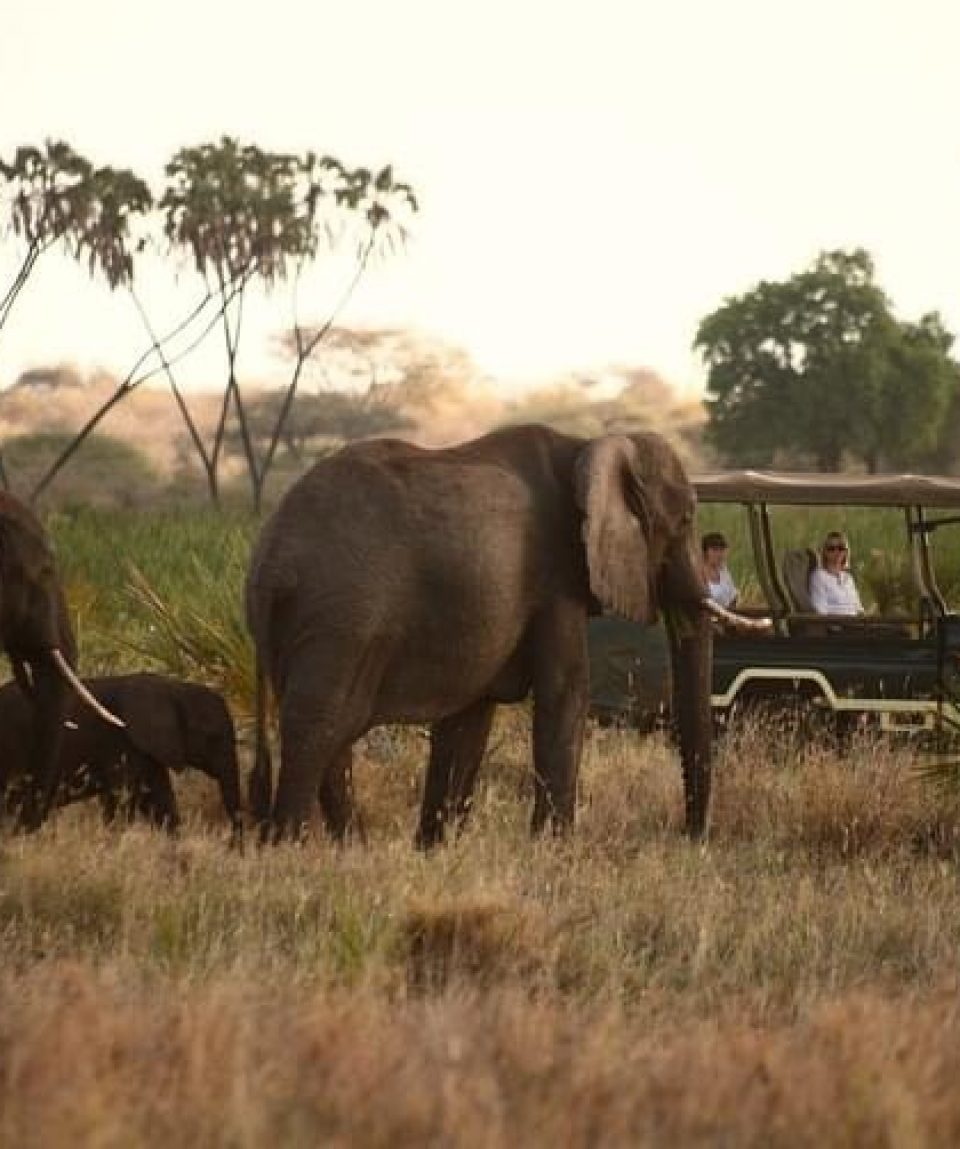 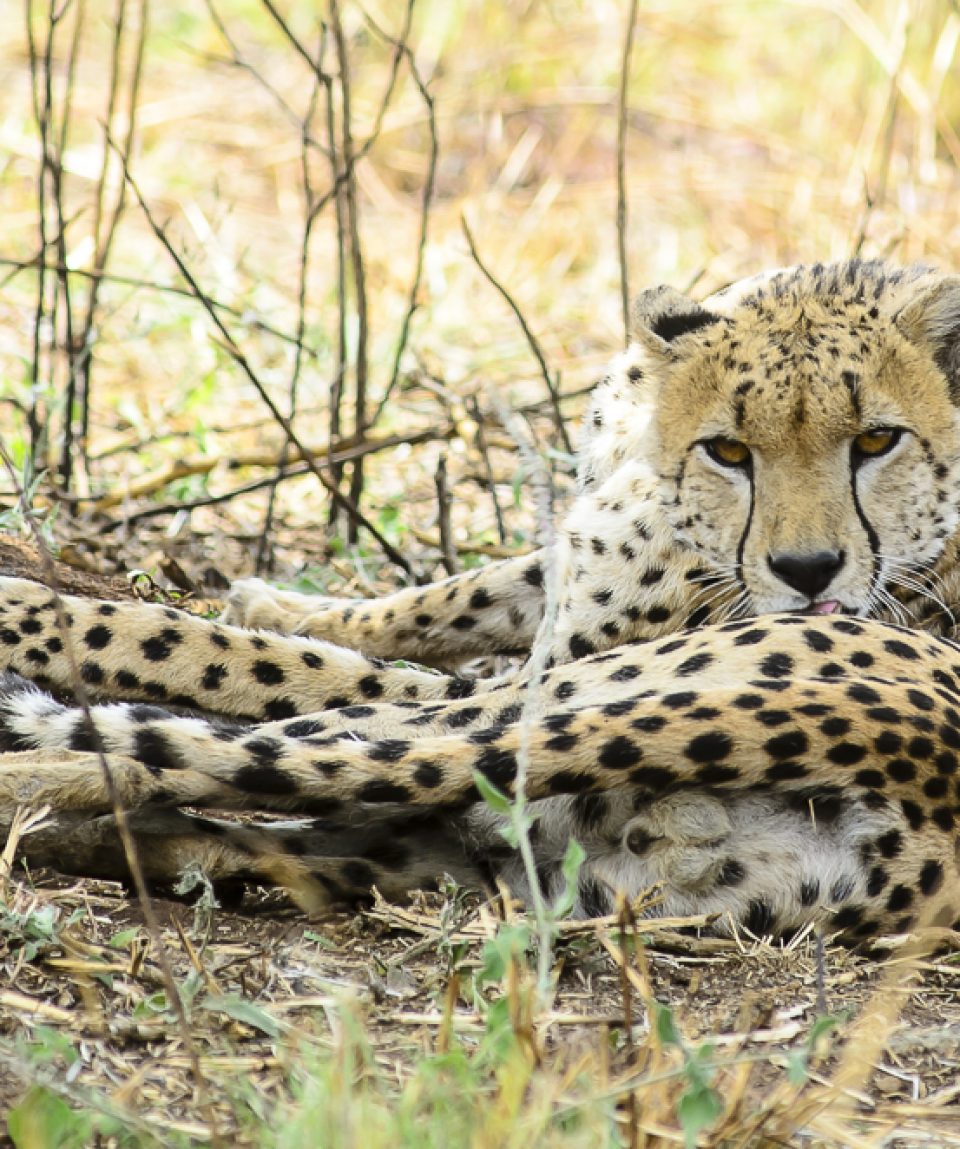 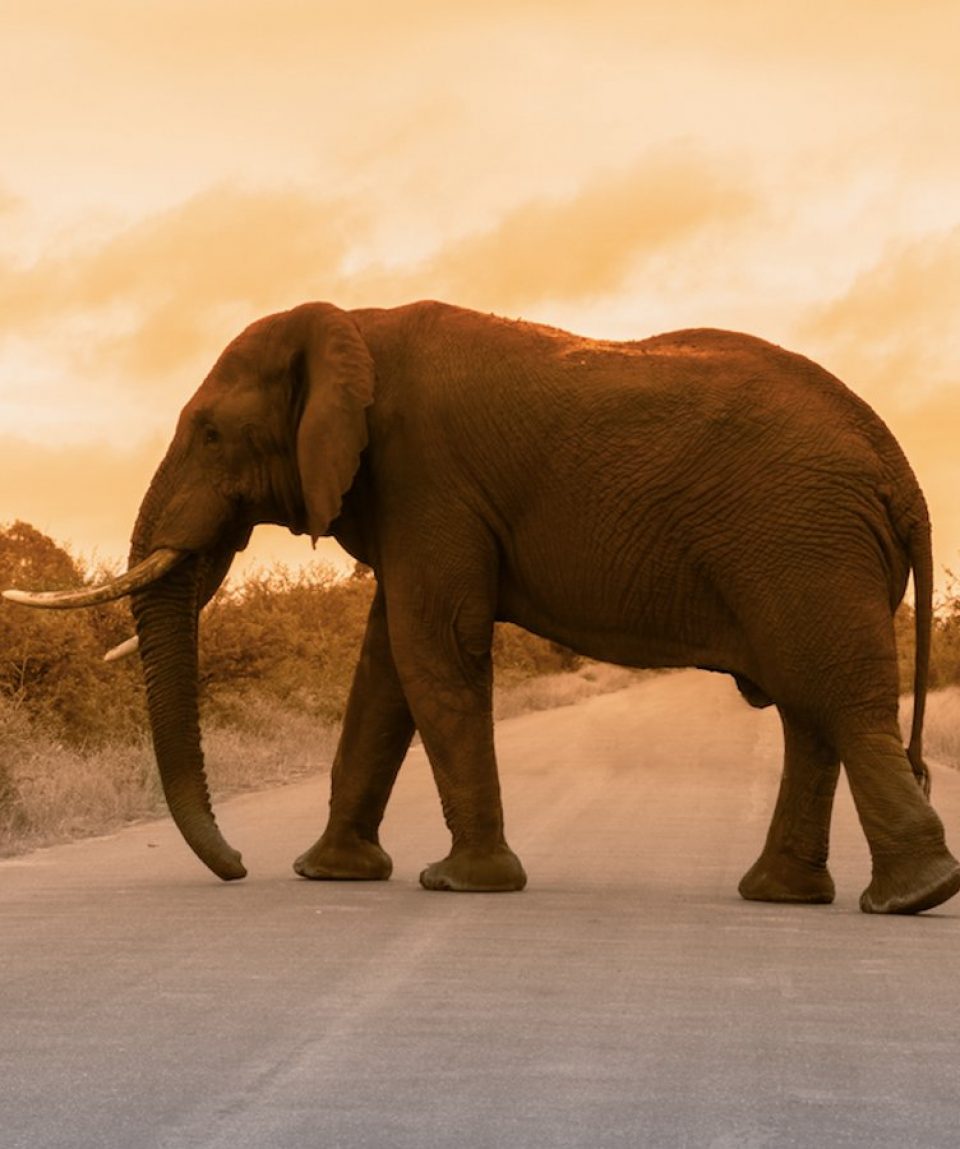 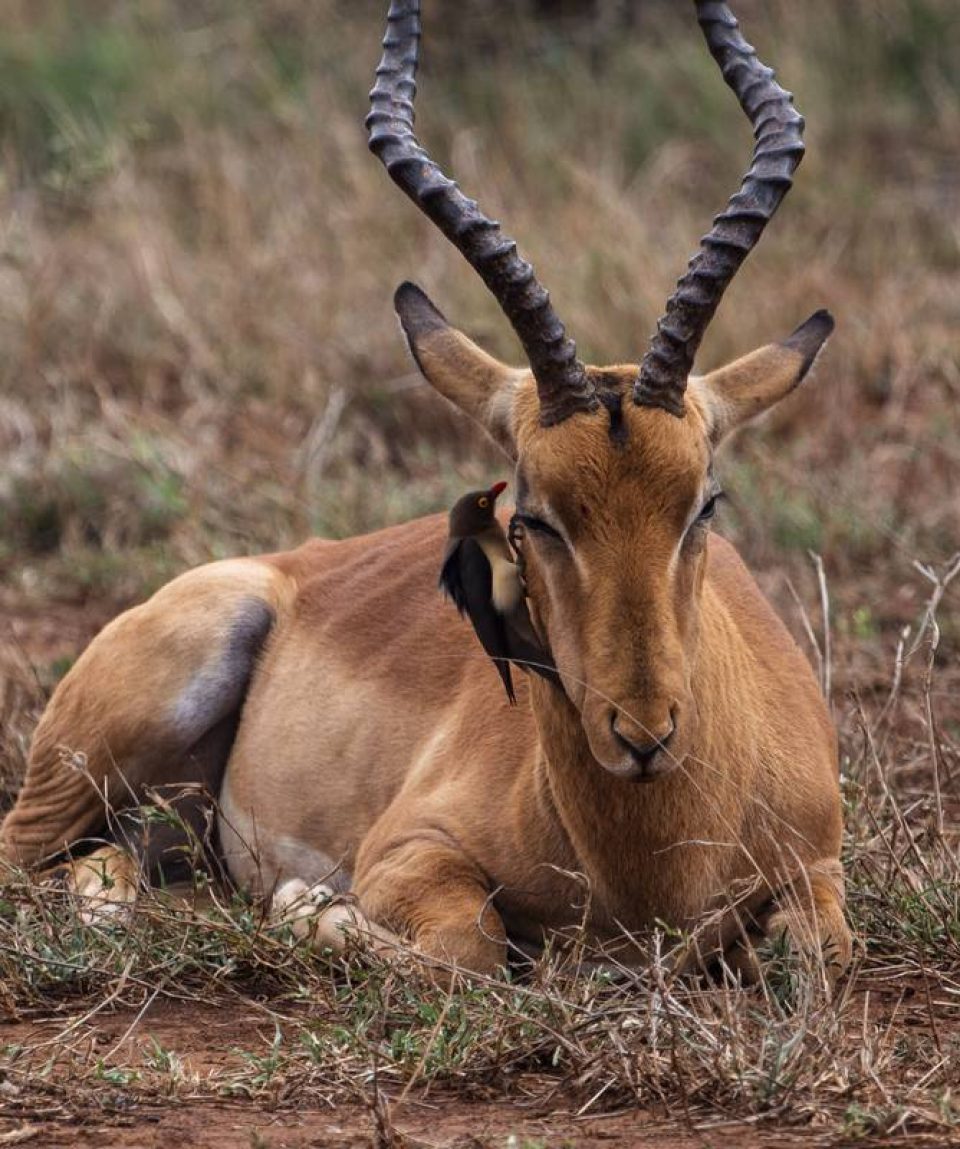 DAY ONE: Transfer from Nairobi to the Maasai Mara

Our Focus East Africa Tours representative will pick up from Airport or hotel in Nairobi very early in the morning, you will then transfer to the Maasai Mara Reserve and domain of the traditional Maasai pastoralists. The Mara is a splendid reserve, home to Kenya’s largest concentration of wildlife, which is clearly a must visit destination for tourists coming to Africa. There is no place to enjoy the traditional African safari other than the Maasai mara.
You will arrive in the Masai Mara in time for lunch, after which you will have a short rest before going for an evening Game drive, returning late to your lodge for dinner and overnight stay.

You will spend the whole second day of your safari enjoying the wonders of the Masai Mara, Kenya’s most popular game reserve. Among the top wildlife to you will see include the Big Five – lion, leopard, buffalo, rhino and elephant. You will have a morning game drive, return to your lodge for lunch and return for an afternoon game drive. Alternatively you can opt for a picnic lunch, to make sure that you savor the Mara well. There is an optional evening cultural walk to the local Maasai village with a complimentary fee of $30.

Early in the morning we shall depart from the Masai Mara via Nairobi to Arusha for overnight. Arusha is the ‘tourism capital’ from where travelers base to move out to the several tourist destinations in the country.

Very early in the morning our Explore Wildlife Africa Guide will pick you up from Arusha, brief you about your upcoming safari and then proceed to drive to Lake Manyara national park. You will reach your lodge in time for lunch after which you will proceed into the Lake Manyara National Park for an afternoon game drive. The location of the park along the western escarpment of the Great Rift Valley with a massive and shallow soda lakes attracts a variety of wildlife species including one of Africa’s largest concentrations of elephants, the Lake Manyara unique tree-climbing lions, as well as large flocks of flamingos attracted by the algae in the lake.

Dinner and overnight as per the standard and type of accommodation option requested.

After breakfast you will transfer to the Serengeti National Park, through the beautiful high lying farmlands of Karatu and the Ngorongoro Conservation Area. As we leave the highlands behind, and descend into the Serengeti National Park also known as the heart of wild Africa. The Serengeti has endless plains, which roll into the distance as far as the eye can see. You will then proceed to the central park area, known as the Seronera area, one of the richest wildlife habitats in the park, featuring the Seronera River, which provides a valuable water source to this area and therefore attracting a variety of wildlife which best represents most of the Serengeti’s species. We reach the park in time for lunch and after which you go for an afternoon game drive in the Serengeti national park.

Dinner and overnight in a standard lodge at the Seronera area.

After your early breakfast, we shall go for a morning game drive along the Sogore River Circuit, which twists into the plains south of the Seronera River, some of the wildlife to look out for in this section include the Lions, Thomson gazelles, topi, ostriches and cheetahs. After your game drive, you will proceed to the Visitor Centre which is close to the Serengeti Seronera Lodge and public campsites. The Centre offers some interesting wildlife displays as well as a gift shop selling information leaflets and maps of the area. The shop also as refreshment, and we shall therefore have our lunch from there.
Later In the afternoon we will drive through the Kopjes Circuit, which goes anti-clockwise around the Maasai Kopjes, this circuit is known for having a number of lions and some very large cobras. Kopjes are weathered granite outcrops, scattered around the plains, most of which are miniature ecosystems, providing shade and drinking water in pools left in the rock after the rains. The Kopjes are good hunting grounds for lions especially in dry seasons when most wildlife come to drink up.

Dinner and overnight in a lodge at the Seronera area.

DAY SEVEN – Transfer from the Serengeti Plains to the Ngorongoro crater

After an early breakfast at the lodge we shall transfer to the Ngorongoro Conservation area. We will stopover at Olduvai Gorge, boasting with a history dating back to the dawn of time. It was here, that the anthropologists Drs. Lois and Mary Leakey discovered the skulls of ‘Nutcracker Man’ and ‘Handy Man’, known as the early men. We shall arrive at the lodge in time for lunch after which we will descend over 550 meters into the Ngorongoro crater to view wildlife for the rest of the day. Supported by a year round water supply and fodder, the Ngorongoro National Park supports a vast variety of animals, which include herds of wildebeest, eland, warthog, zebra, buffalo, hippo, and giant African elephants, lions, hyenas, jackals, cheetahs and leopard. We shall then visit Lake Magadi, a large but shallow alkaline lake in the southwestern corner, which is one of the main features of the crater. A large number of flamingos, hippos and other water birds are usually found here.

Dinner and overnight at your lodge.

Enjoy breakfast, after which we will drive back to Arusha. Upon arrival in Arusha will we have lunch and then we will end your safari. There is an optional alternative of having an early game drive before leaving the Ngorongoro crater, this is most suitable for travelers without an early flight.

All about the 8-Days Tanzania and Kenya the Magical Experience.

Tanzania is an East African country known for its vast wilderness areas. They include the plains of Serengeti National Park, a safari mecca populated by the “big five” game (elephant, lion, leopard, buffalo, rhino), and Kilimanjaro National Park, home to Africa’s highest mountain. Offshore lie the tropical islands of Zanzibar, with Arabic influences, and Mafia, with a marine park home to whale sharks and coral reefs.

All activities mentioned in the itinerary

Gratitude of any nature 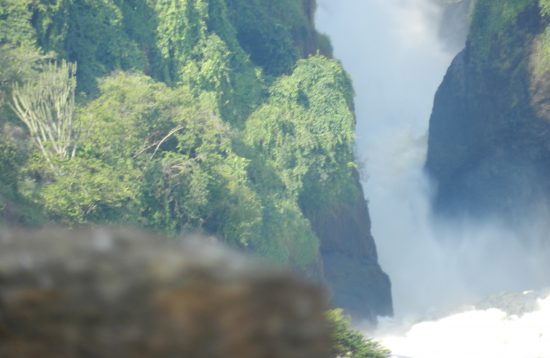 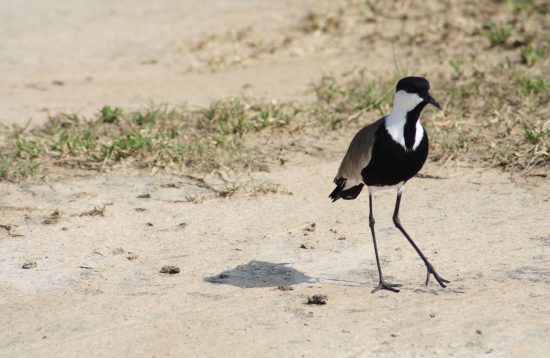 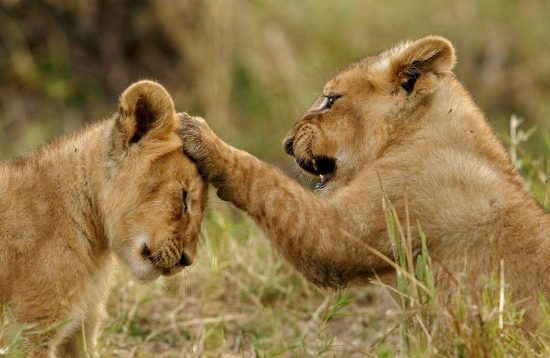