TOP BIRD WATCHING DESTINATIONS IN AFRICA
The top African bird watching destinations for twitches. Birding in Africa is so diverse and it’s done in the most scenic destinations of southern and East African countries. The first time traveler’s shouldn’t miss out on these fantastic destinations.

1. Bird watching in Tanzania
The best alternative to enjoy South Africa, is to have a week safari in Tanzania. This is also a good country to visit if you give it at least 2.5 weeks if possible. By birding in Tanzania, you will enjoy variety of East African Endemics and almost over 20 endemics in the country. The famous birding destinations include Selous birding, Ruaha, Serengeti, Mahale, Ngorongoro, Lake Manyara, Gombe, Tarangire, Arusha and Katavi. You will as well get chance to see your first Miombo (the south central African) endemic bird species with in Tanzania. Within Tanzania, get chance to view the country’s small and large animals along with the most beautiful famous tourist sites. Some of these sites include; Serengeti with its big cats and the Annual Migration of the zebras and wildebeests, the Great Rift Valley and the many Flamingo- filled lakes, the great Ngorongoro crater and the Kilimanjaro, which is one of the world’s most isolated massive mountain and it’s one of Africa’s highest mountain that rises straight out of the plains of wildlife below to the height of 19,341ft above the sea level.

2. Bird watching in Uganda
As you plan to explore Africa for your birding Tour will help you enjoy most of the bird species found in Africa. You will get chance to encounter the shoebill stork, and the Albertine rift endemics, as well as he green breasted Pitta. The mammals to be enjoyed here include; the Gorillas and the chimpanzees. The country is also famous for the beautiful colobus monkeys and many more. Choosing to have 19 days spent for your safari in Uganda, you will get chance to meet people that are fluent in English and also friendlier than in the other parts of Africa. You will get chance to see the great Albertine or the western rift, the famous Bwindi Impenetrable national park that is famous for the mountain gorillas, the mighty source of the Nile found at Jinja, the biggest lake called lake Victoria as well as the papyrus swamps that are well famous for the Shoebill stork, which is the most monstrous bird that is placed by many authorities in its order since it’s so different from any other species of bird on earth.

3. Birding in Kenya
Kenya is a known destination for bird watching throughout the year. The geographical ranges give Kenya various climates as well as landscapes, which leads to the highest numbers of bird species in the country. This country also holds the world record of bird watch with over 342 species that can be seen in 24 hours. More so, between February and October, there are many migrant birds that come to Kenya’s marine and in to the in land shorelines. You will find many swallows, waders as well as terns in this area. Between June and July, the weavers and the bishops are breeding plumage and there are many southern African migrants that visit the country.
In addition, Kenya’s national parks make very excellent centers for bird watching in Kenya, the Maasai Mara famous for the rosy throated Long claw and the magpie shrike, the Samburu is common for the rare sun bird and the pink breasted lark, Nairobi is also good for the northern pied babbler and the great pangani long claw. The country has also got many endemic species including; the Aberdare cisticola, the Tara river cisticola, William’s lark, Hinde’s pied babbler, Sharpe’s pipit as well as the Clarke’s weaver. Kenya’s diverse range of habitants supports a great diversity of birds which makes bird watching safaris rewarding in Kenya.

4. Bird watching in Rwanda
Bird watching in Rwanda is so overlooked in favor of the mountain gorillas. Bird watching here is so excellent and it gives visitors the chance to view some of the endemic bird species. Rwanda has got over 600 species, and it’s a mazing for a small country making it a great birding destination. The main area here for bird watching is the vast forest of Nyungwe National Park and it’s recognized as an IBA meaning an important Bird Area by the Bird Life International. Rwanda’s endemics also include; Collared Apalis, the grauer’s, Albertine owlet, red collared mountain babbler and the Neumann’s warblers.
The famous papyrus swamps of Akagera National park are also common for the shoebill stork in Africa.

5. Bird watching in South Africa
This is the most known country for the first time travelers to Africa and it’s an amazing country with variety of mountains, white and sand beaches and as well as wildlife. It’s known that the experience here is so wonderful and the birders always return as often as they can. These return even though they have seen all the bird species found in the area. This country is so big and it takes several weeks of birding in South Africa to get sighting these spectacular bird species. This is usually the big excuse for most of those visitors that return to South Africa for birding.
This country has got the big five (BIG 5) animals and variety of smaller mammals. The Zulu land game reserve and the Kruger National Park have got variety of these small mammals. Deciding to have a 2 week birding tour that starts from Durban and ending in Johannesburg, you will be able to see all the mammals as well as the 400 bird species found in this area. By adding the cape, you will view the over 150 bird species as well as the whale and many more.
South Africa is not so expensive and you can bird the whole country on a self-drive tour. The country has got variety of friendly and comfortable Bed and Breakfast lodges and Hotels. In order to enjoy yourself drive, it’s better to link up with a birding tour operator with in the country. In case you like to read about the different parts of South Africa that you need to cover, there are many itineraries on the website that can help you, and for those interested in seeing the big mammals and the birds, a visit to the Kruger Escarpment area will give you the best experience ever! 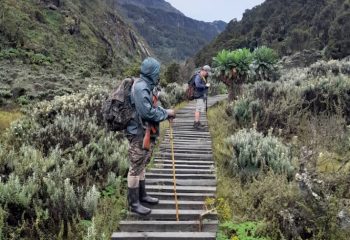 Uganda’s Equatorial Climate is Triggered by its Elevated Altitude. In most parts of the country, the average maximum temperature is between 20°C and 27°C during… 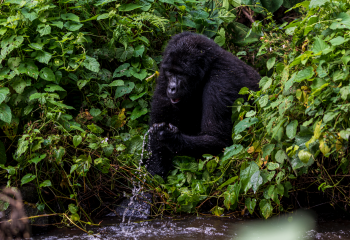 Uganda is home to the largest population of mountain gorillas. This endangered primate lives between Uganda, Rwanda and the Democratic Republic of Congo (DRC). Ecotourism…